Photo by Dan LeFebvre on Unsplash

Almost ten years ago, as I began tinkering with an Arduino Uno, my first project required measuring indoor and outdoor temperature. As the Uno has analog inputs, I used very affordable 47K thermistors. 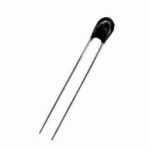 The RPi has no built-in Analog-to-Digital-Converter (ADC), and the ESP8266 analog input was not made available on the ESP-01 form factor (and expects 0-1V voltage range in other form factors).

Many digital temperature and humidity sensors with different communications protocols are commonly used in DIY projects:

All these sensors have a different accuracy, so I wanted to compare the values they report, to check their consistency.

For the purpose of this benchmark, I wired all those sensors on a Raspberry Pi Zero, and wrote a simple Node.js script, reporting the measured temperature and humidity values every 30 seconds.

All 4 temperature sensor types wired to a Pi Zero

As you may notice, I actually wired 2 DS18B20 sensors, one of them being the waterproof version, so I can compare the values I get. Here are the results after 1 night running:

This chart brings many conclusions:

Temperature difference between BME280 and average of others

This difference is fairly constant; ~1°C can be removed from BME280 reported values to get an acceptable value. Let's see about humidity:

Of three modules embedding a humidity sensor, DHT22 reported values are way lower than the other two ones (BME280 and Si7021): around 12% (points). I used the following Node.js libraries for this benchmark (thanks to all their authors/contributors):