Photo by Ales Krivec on Unsplash

Kubernetes CronJob are very useful, but can but hard to work with: parallelism, failure, timeout, etc. The official documentation and API reference are quite complete, I'll try below to give real-world examples on how to fine-tune your CronJobs and follow best practices.

Example definition of a CronJob:

As you can see, spec.jobTemplate.spec  is actually the spec of a Job, itself containing the spec of a Pod in it's template.spec property. That means that we can use all capabilities of Jobs and Pods when using CronJobs.

Among others, the following ones may especially be useful:

Usage of activeDeadlineSeconds on Pod definition: 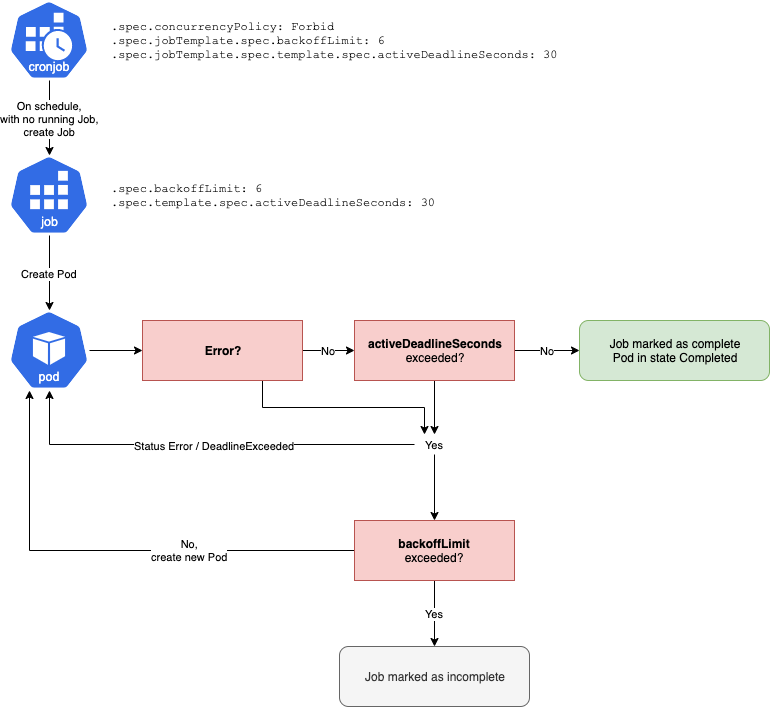 CronJob shown below is scheduled to run every 5 minutes, with a Job active deadline set to 540 seconds, and an execution time of the job greater than 600 seconds: 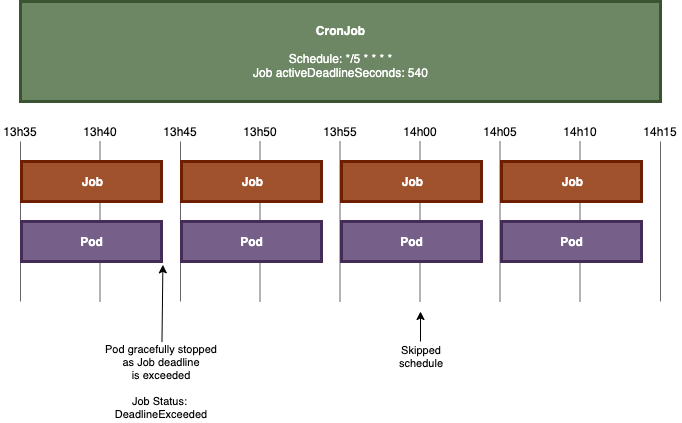 CronJob shown below is scheduled to run every 5 minutes, with a Job active deadline set to 900 seconds, and an execution time of about 600 seconds: 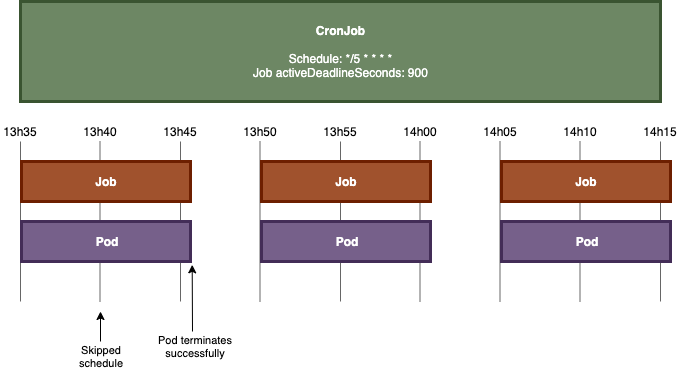 CronJob shown below is scheduled to run every 5 minutes, with a Pod active deadline set to 420 seconds, and an execution time greater than 420 seconds: 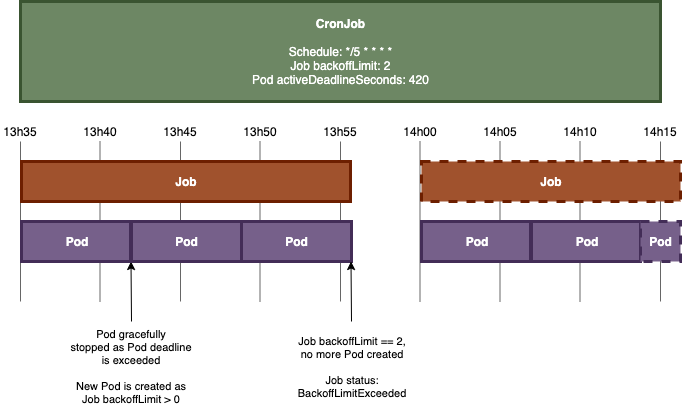 CronJob shown below is scheduled to run every 5 minutes, with a Pod active deadline set to 900 seconds, an execution time of about 600 seconds, and a failing execution: 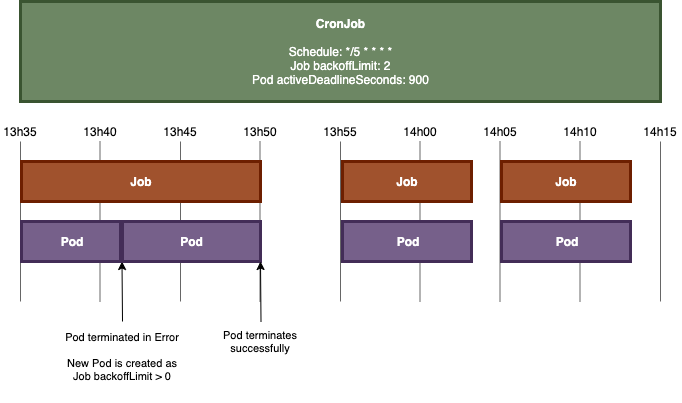 Avoid running all jobs at the same time

As the number of CronJobs begins to grow on your cluster, you'll notice resources usage peaks every hour (all cron expressions above match), every 5 mins (2 expressions match), etc.

As CronJobs run through Pods, it is strongly recommended to define resources requests and limits.

Although most cron workloads will run on a single thread (ie. PHP script), thus using at most 1 core, you may want to define a lower CPU limit, so you do not need to request too much resources.

This is especially true when a limit of (for instance) 0.25 CPU instead of 1 would not have a big impact on execution time, or if execution time is not a big issue. That would allow only requesting 0.25 CPU, therefore avoiding potential need of cluster autoscaling when multiple cron jobs run at the same time.

You should whenever possible request and limit resources to as low as possible.

As any other Kubernetes workload, Pods created by CronJobs may be interrupted at any time, receiving a TERM signal on PID 1 of the container (if no preStop hook is defined).

This signal should be handled properly by the running task, so it is not "hard-killed" after the termination grace period (30s by default).

Many applications and frameworks have an embedded cron scheduler, which will be ran using a single cron script.

This not optimal as a long running cron task may block others. You should better split tasks in groups or even run tasks individually in separate Kubernetes CronJobs.

When scheduling CronJobs at specific hours (ie. 0 5 * * * to run everyday at 5:00), carefully check your Nodes timezone (which will be used by Kubernetes CronJob Controller to schedule Jobs).

Also be careful of timezone changes (DST) twice a year, as jobs may be skipped or ran twice.